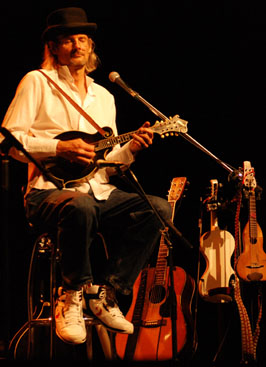 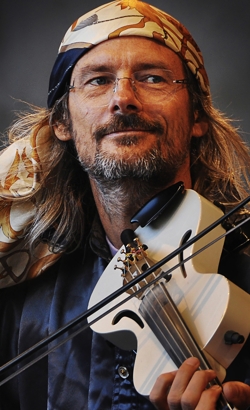 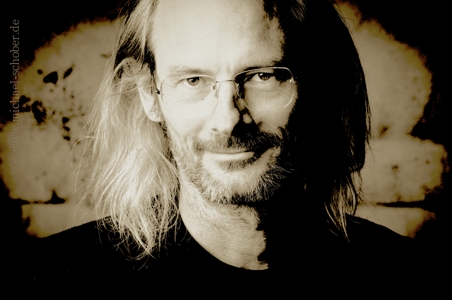 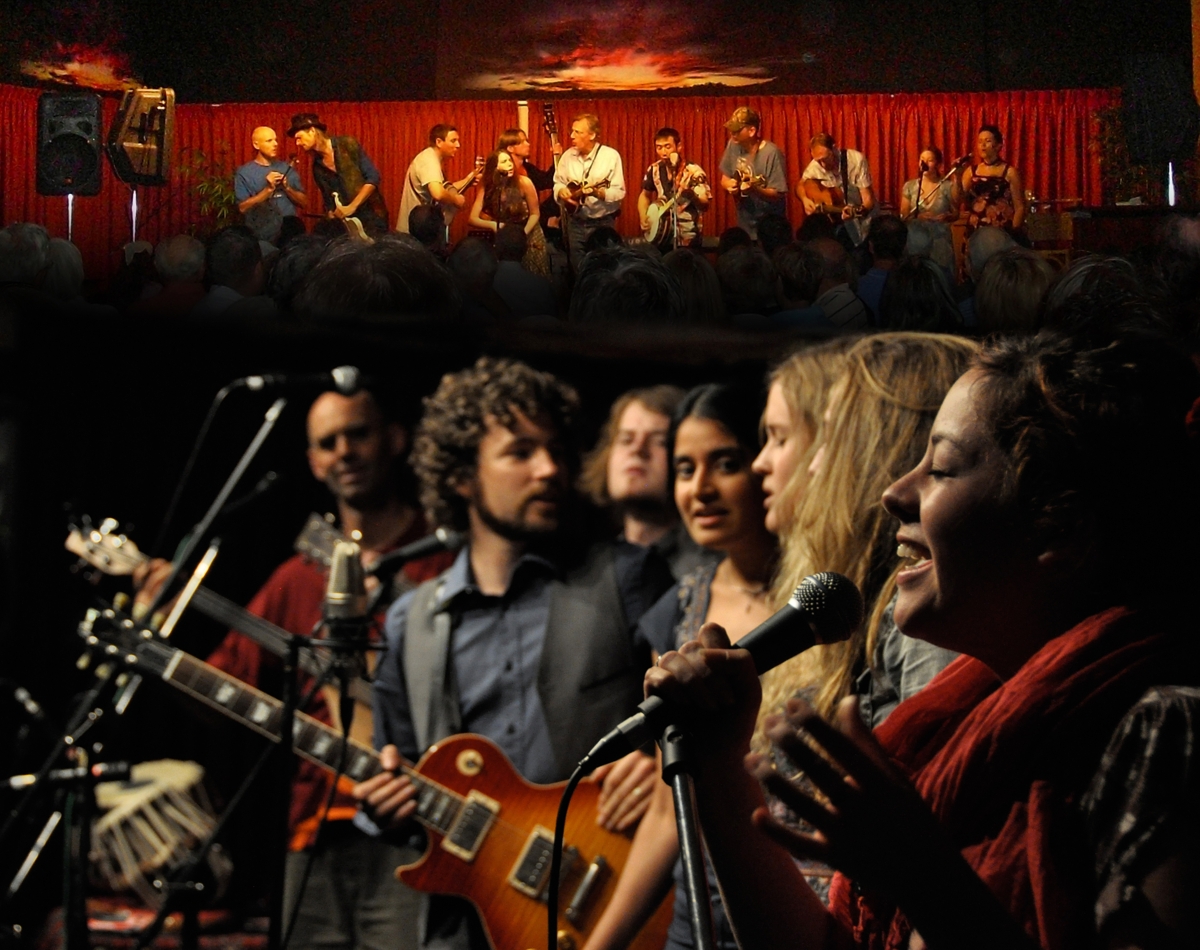 An imposing, colourful sight (at 2m (6ft 7ish) with perhaps a tiny Fiddle/ Mandolin in hand swaying throught the music.

With borrowings from most styles, there is always adventuresome music with Andrew. From Blues Fiddle showdowns with Jeff Lang to Celtic & Meditation. Plus as 3-time Australian Bluegrass Guitar Champion '84, 85 & 87; Golden Guitar winner '87 (Best Vocal Group) with the Three Chord Wonders; Best Folk Group - Totally Gourdgeous and nominated to top 5 Best Instrumental 5 times since '96; over 30 CDs between solo, bands & themes there's been much variety to savour.

Active or on call -

.  Landscape Photos orderable - see some of the examples at this link can be up to many metres long/wide!